Like hundreds of thousands of our fellow citizens (and some of our European friends) Dawn and I are on our way to London for today’s march to oppose the madness of Brexit. At the same time as people are assembling the online petition to revoke article 50 has passed the four million mark.

Will any of this do any good? Who knows, but we will not let our country slide into disaster without a fight!

I’ve no doubt the mood on the march will be uplifting. Plus, the day will end with us joining others to celebrate a friends 50th birthday. I’ll blog and post pic through the day as I can. No doubt the phone networks around the march will become overloaded as usual! 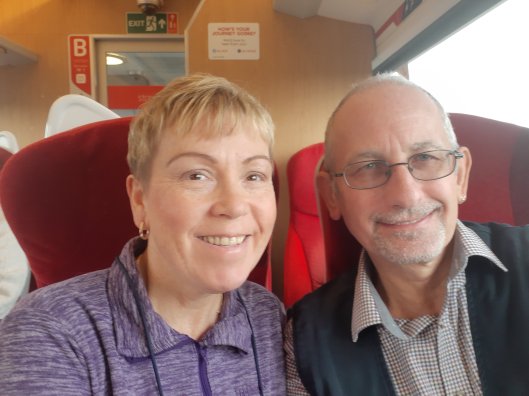 We’re half an hour out from London, speeding across Huntingdonshire on a LNER service from Leeds. We’re not the only one’s aboard heading for the demo either, there’s gaggles scattered throughout the train…

Wow, just wow! What an incredible day! Over a million people turned up to march today. As usual, just rondezvousing with folk was a logistical exercise in itself. Here’s some of the #railwayfamily who attended.