We’re having a slow start to the day after a heck of one yesterday. First there was the elation and the fun of being back of the biggest demonstration in the UK’s history as over 1 million of us took to the streets of London to protest at the Brexit madness. Later we had a lovely evening celebrating a friends 50th birthday over in Clapham, I’ll add a load of pictures tonight when we get home, but here’s a few to whet your appetite. 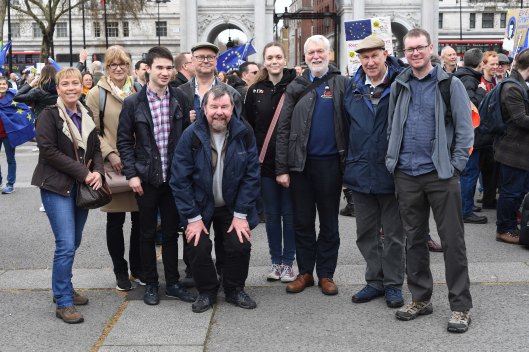 The gang’s here. A mix of rail staff and journalists gather for the march. 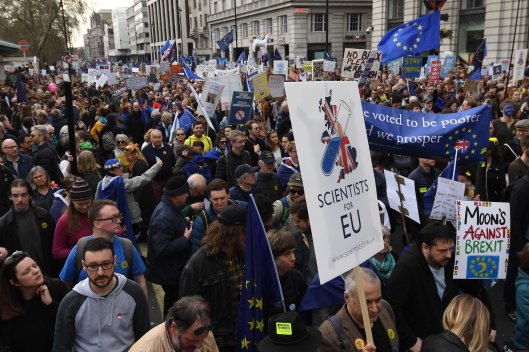 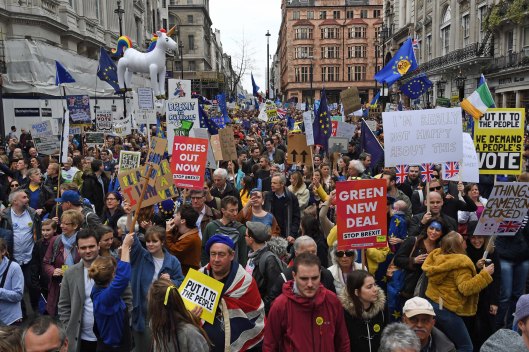 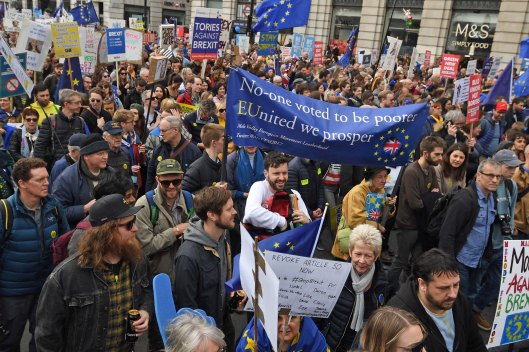 As with any good demonstration, part of the fun is in the inventive banners and placards some people come up with. I’ll add a selection later.

Right now we’re off to meet up again for lunch. I’ll blog more on our return trip.

It’s a beautifully sunny day here in Croydon with an almost cloudless sky. We’re currently on a Southern service which will carry us back to Clapham. Despite it being Sunday the train is still paying its way.

We’ve weaved our way through the maze of lines around Selhurst, a junction that’s facing a major redesign in the future in order to add extra capacity to what’s a complex bottleneck.

Well, the day’s flown! Back in Clapham a few of us met for lunch at the Windmill pub on Clapham Common, which is a popular place for lunch with people determined to walk it off afterwards. The pub’s also ‘dog friendly’, which adds to the attraction. Afterwards we strolled across the Common back to the Junction to catch trains across the capital to Kings Cross, where we selected an option to get home. Our preferred choice, Grand Central’s 15:58 was absolutely rammed! The company’s a victim of its own success nowadays, so they’re rapidly outgrowing their 5-car trains. My concern is that their excellent passenger performance results in the annual National Passenger Survey (NPS) must be in danger of taking a tumble.

LNER’s 15:53 Leeds service was equally rammed, so we decided to flag both and go for a libation in the Parcel Yard and catch a later train.

We’re now on LNER’s 17:53 to Leeds, where we managed to blag a couple of table seats in the quiet coach. It’s worked by this wee beastie: 91130. The loco’s showing it’s age and the fact it’ll be going off-lease soon. Lòok at the bodywork over the right hand buffer! 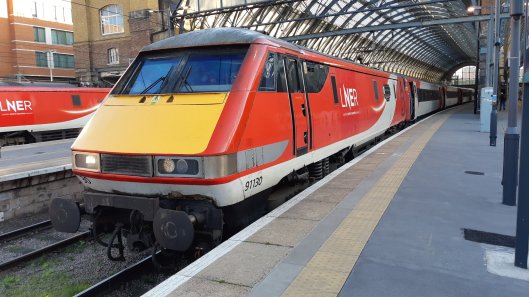