What a stunning autumn weather for getting out and about! I’ve moved office for a couple of hours to base myself in Grand Central’s excellent 1st Class lounge in the renovated Wakefield Kirkgate station. 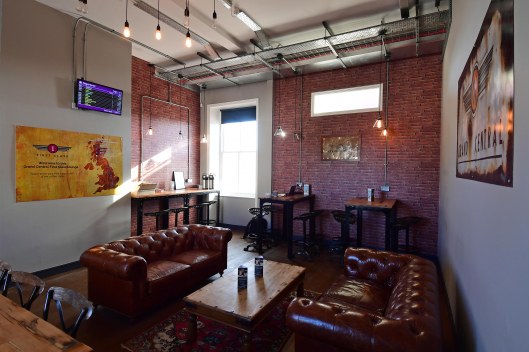 I arrived from Huddersfield (where I’d popped into the ACoRP water tower) on one of Northern’s ‘new’ Class 158s that have been transferred from Scotrail. 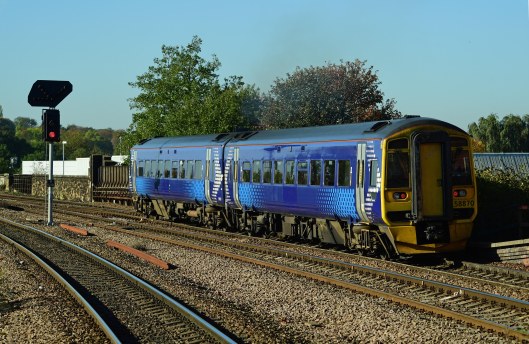 I’ve had to spend a while on the phone negotiating a new rolling contract with one of the major players in the rail industry and the waiting room was a fine place to use as an office whilst I did it. Once the ink’s dry on the contract I’ll let you know who it is. Now I’ve another couple of emails and phone calls to make before getting out and about for a couple of hours, so watch this space…

I’m now in the lovely town of Knaresborough, with it’s equally lovely railway station. The old station building has been converted to mixed uses. There’s arts and crafts and a smashing cafe called ‘the old ticket office’, so no prizes for guessing where that’s located! I’ve popped out this way as the Harrogate loop (as this line is known as) is currently the preserve of the former Scotrail Class 170s that have been cascaded to Northern Rail.  Most are still in Scotrail colours, like this one that brought me from Leeds. They’re certainly a step-change in comfort from the Pacers that were a staple on the route. 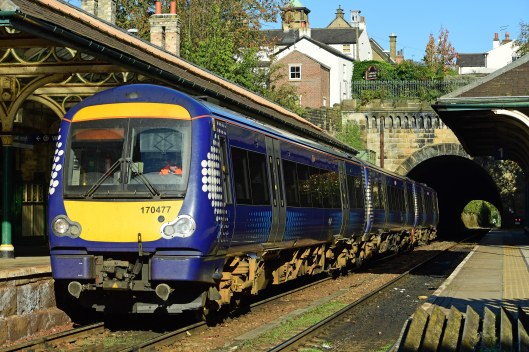 I’m now back at home. The day didn’t quite go to plan as I ended up dealing with a lot more work phone calls, but I’m not complaining as there’s some exciting new opportunities on the horizon. In the meantime, here’s one or two more pictures from my travels.

Here’s the main building at Knaresborough station. It was built in 1865 by the North Eastern Railway, replacing an older structure. It’s grade 2 listed. The end nearest the camera contains a rather fine café.

The café is in the old ticket office. The old ticket window’s still in situ but has been blocked off and replaced with this painting. 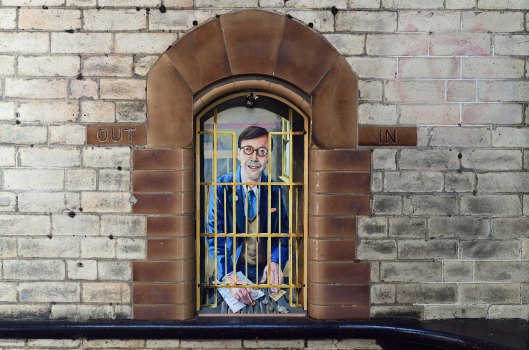 On my return I passed through Leeds at rush-hour, with rather nice light, thanks to the fact the sun’s now dropped at this time of year.