I’m heading back to London under leaden skies which feels really rather strange after such a long run of sunny days. The weather’s still warm but I was rather hoping that there would be some rain to bring relief to the parched fields which haven’t seen any for well over a month. Sadly, there’s no sign of that. Yet…

I was up at the ungodly hour of 04:30 as I’ve an early appointment to judge a London station for the ACoRP awards. I’m in the capital for the annual press lunch held by Siemens, so I decided to kill two birds with one stone. The earliness of my appointment meant I couldn’t use Grand Central so I’m on the 07:15 LNER service from Leeds which is worked by one of the company’s (soon to be displaced) HST’s. Here it is before departure. 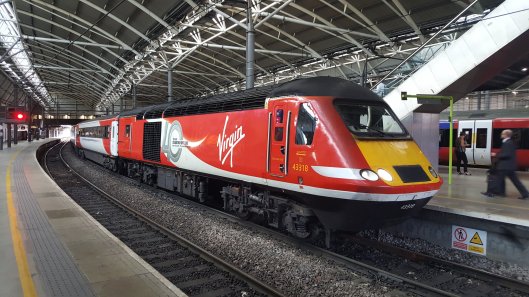 There was fun and games beforehand as the 06:44 LNER service to London was cancelled so the following 07:00 was rammed. I decided to catch this one instead so that I could get a seat & snooze for a while!

The weather here in London’s still cloudy but the sun’s making valiant efforts to break through! Meanwhile, I’ve swapped steeds and boarded one of the newest additions to the UK fleet, the Siemens built Class 700s. These things are real people movers! They provide much needed capacity in the peaks when older trains were overwhelmed. This one’s forming the 09:51 to Cambridge North, it’s quiet return working as it’s brought 1000s into work already. 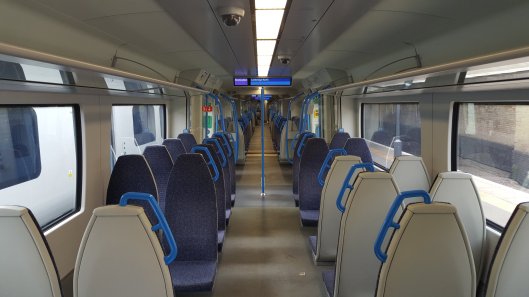 I’m only using at far as an old stomping ground – Finsbury Park, whee I’ll be changing to catch one of the oldest passenger trains on the UK network, the Class 313s. These venerable 3-car units were introduced in 1976 when the suburban lines out of Kings Cross and Moorgate were first electrified. They still operate services to Hertford North and Welwyn Garden City, but not for much longer. Their replacements (a derivative of the Siemens Class 700s known as the Class 717) are on their way from Germany…

The 313s have served the railways well. I used to be a regular traveller on them when I lived in Crouch End, but now they’re tired, run down, dirty and unsuitable for today’s volume of passengers. Here’s the one I’m on now, 313031. They’ve changed little in 40 years other than by having their original low-backed seats replaced by this version.

Bugger! We’ve ground to a halt just outside Hornsey station due (according to the driver) a tresspasser on the line ahead of us at Oakleigh Park! I’m really not having much luck this week. An LNER express has drawn up and stopped beside us, having encountered the same problem – although it’s difficult to see through the filthy windows on my train! 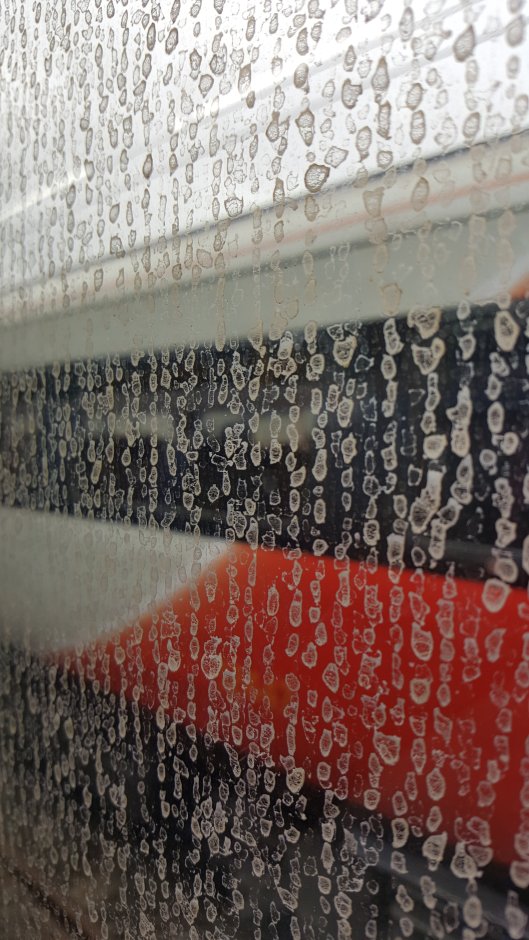 On the move again!

Visit over, I’m now off to the Dorchester Hotel for the Siemens press lunch.

Phew – what a busy day! The lunch was excellent. Not just because of the food (which was very good) and the ambience of the restaurant, what was far more important was the discussions that could be had between all those who attended.

I stayed later than intended because of it, then had to hot-foot it to Kings Cross, where I managed to catch LNER’s 17:03 to Leeds, which was rammed as the first stop was Peterborough.

To their credit, Network Rail amended the PIS to reflect what was happening in the World Cup tonight. 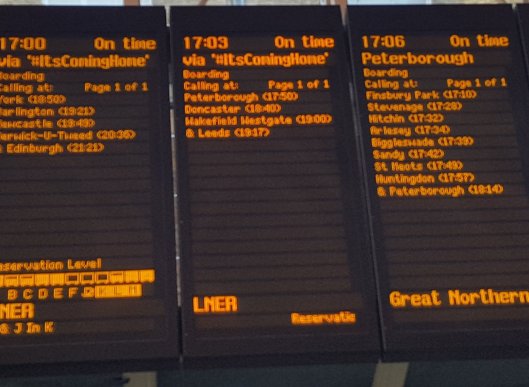 Back in the late 1980’s I used to travel to Peterboro regularly to say with a friend. The trains were busy then. Now the service has doubled, the formations strenghtened – and they’re still rammed!