After an all too brief break I’m back on the road & back to London to do a couple of jobs for Network Rail. This one will see me atop the roof at Liverpool St station apparently…

Whilst I’ve not been blogging you’ll find that a lot of new pictures have appeared on my website – with more to come. The beautiful weather we enjoyed in the Pennines yesterday encouraged me to eschew picture editing for picture taking. A leisurely stroll around the Calder Valley allowed me to document a pair of magnificent railway viaducts – although, sadly – one hasn’t seen a train in decades. Nowadays it carries cyclists & pedestrians in lofty isolation on 13 arches spanning 230 yards across West Vale near Greetland. It’s one of a pair of viaducts on the short Holywell Green branch. Despite the L&Y increasing the service & cuttings costs by using their railmotors, the line succumbed to competition from a growing tram network on the 23rd September 1929 (although it still carried freight until September 1959). With the hue & cry over the Beeching era it’s easy to forget that the era between the wars saw quite a few lines lose their passenger services. There’s another even closer to me, the line between Sowerby Bridge & Rishworth. Like the Holywell Green branch this was run by the Lancashire & Yorkshire railway & it closed to passengers on the 8th July 1929. It remained open for freight until 1953 when the line was cut back to Ripponden. The whole route finally closed on September 1st 1958. I’ve walked both routes & you’ll find a selection of pictures on my website. You can see the latest ones in this gallery:

There’s something ineffably sad about walking old railways. The sense of lost opportunity is quite palpable on some. Yet, at the time the pendulum had swung away from rail in favour of roads. Now, half a century later, it’s swung back again. Many lines that were closed in the Beeching era would be extremely valuable today. Of course, some (like East-West rail & the Borders railway) are returning – but others will remain lost forever – like these two…

Here’s a taster of the pictures. Firstly, West Vale viaduct. 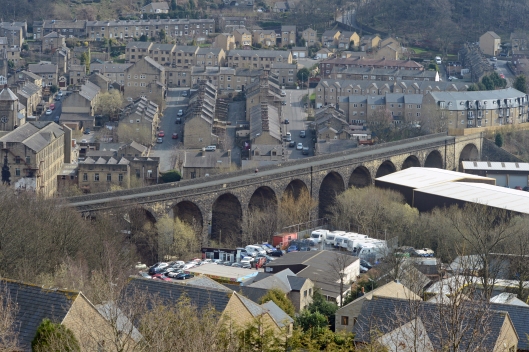 I have a whole gallery of abandoned railway pictures that includes several on the Rishworth branch. Here’s a sample. 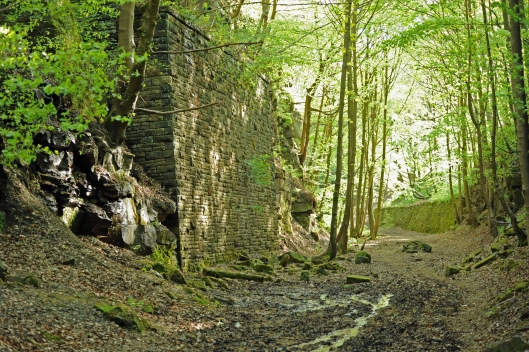 You can find the abandoned railways gallery here;

Oh,I did mention that I’d been up on the roof of Liverpool St station today didn’t I? Here’s part of what I saw; 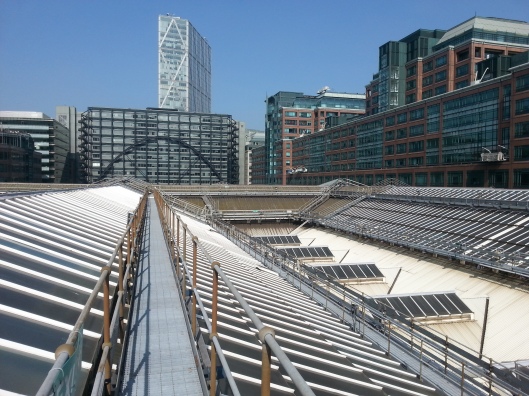 2 thoughts on “A brief blog on my travels & Yorkshire’s abandoned railways..”