I’m getting ready to head off through Lancashire up to Cumbria before finishing off our day’s judging in Merseyside this evening. The weather forecast’s looking ‘interesting’, to say the least, so we may be having a fun day on the rails. Let’s see what happens…

In between me leaving home and getting down to the station, my train (the 08:23) has been cancelled. The reason given? “More trains than usual being repaired”. To be honest, I find this a curious reason as Northern has more trains in service now than it has had before due to the introduction of the new Class 195 and 331 fleets and the delayed withdrawal of the Pacers – all of which are still in service. Add in the older trains that have been cascaded from other train companies to allow the Pacers to be withdrawn and Northern should have spares aplenty.

My whole day is now in doubt. To make it worse, Mark is also delayed. He’s coming from Cheshire and the Crewe – Manchester line is suffering from flooding! 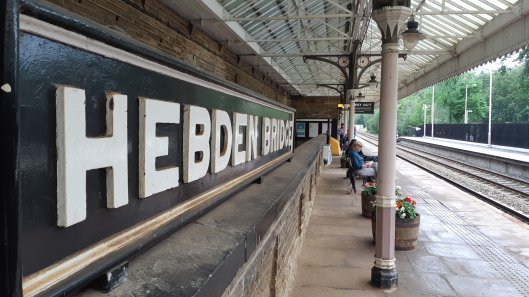 I’m now bouncing my way to Bolton on one of the early Pacers (142004) well behind schedule. 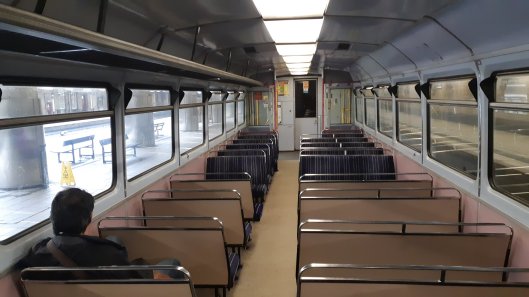 Mark will be arriving 8 mins before we were due to leave, so we’re going to have to come up with a plan B…

Plan B involved truncating time at our first two stations. It was a real shame as one (Bolton) was a new entrant but as least we didn’t have a huge station garden to inspect. The next, Hindley is a station and group Mark and I both know well. We had a lightning tour of their new projects and came away with a book all about what they’d been up to. A great shame as you can spend ages exploring the gardens and artwork. Having caught up with ourselves – despite some residual delays – we’re now en-route to Lancaster via Preston under a real mixture of weather. 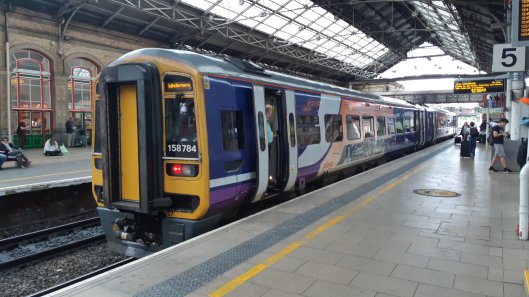 After visiting two lovely stations on the the Furness Vale line (Kent’s Bank and Cark) we’ve made our way back to Preston courtesy of a new Northen Class 195. The gremlins have struck yet again as our next train, the 16:26 to Ormskirk has left Preston 14 late due to the late inbound working made even later by tardy dispatch.

Another day done! Our final visit was to Maghull on the Merseyrail network. We’ve seen a wide variety of groups and their stations and despite the ups and downs of travelling between them it’s been an absolute pleasure to see the fantastic work they do and meet such enthusiastic people who’re determined to make a difference in their communities.

Mark has headed back via Liverpool but I’m retracing my steps as far as Preston on yet another late running train. Hopefully I’ll make my connection in Preston…

There is a God after all! My connections at Preston worked and I’m now heading home across the Pennines care of this Northern beastie. 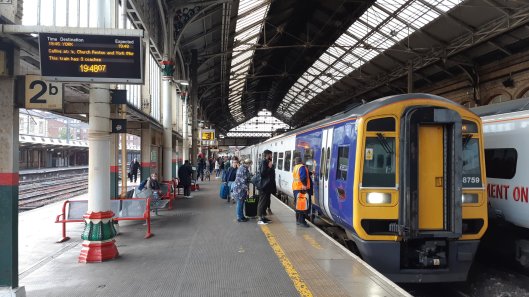 We’ve certainly covered some ground again today and also enjoyed a variety of rail routes, from post industrial Lancashire to the scenic Cumbrian coast, plus a former main line that was relegated to a single track dead-end back in the 1970s. But wherever we’ve been we’ve seen the positive impact community rail has on stations large and small.