I’ve been working from my satellite workplace in Huddersfield this morning, occupying an empty desk at the ACoRP office as I had to be in the town for a dental appointment first thing. The weather’s dismal, so I’ve not minded being stuck indoors editing pictures for a client before sending them out via the web. The old days of burning them to DVDs then sticking them in the post seem as antiquated as taking pictures on slide film. Now I can send up to 2 Gb of pictures via Wetransfer almost instantly – for free!

That little chore done I can concentrate on editing a few pictures whilst on the move – if I can find space on the train. It’s all very well folks talking about the value of doing that, but it’s very dependent on getting a seat and space to work, which often no easy feat on our increasingly crowded network.

Right, time to head out. Let’s see what happens…

Despite forgetting my passport, I’ve ventured West of the Pennines into Lancashire to pay a flying visit to Preston. I changed trains at Bolton station, which is hoping to undergo a bit of a renaissance, assisted by the father of community rail – Professor Paul Salveson and the station friends group. The huge old buildings retain many original features and offer some interesting retail opportunities. Fancy opening a real ale bar on the station? 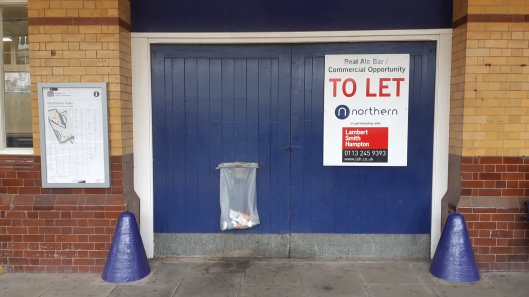 Ironically, despite the line having been electrified last October, my train from Bolton to Preston’s a refurbished two-car Class 156, not an EMU.

En route we called at Buckshaw Parkway, which is a station recently opened to serve the massive new residential and commercial development that’s being built on the site of the old Royal Ordnance factory at Euxton. The full car park bears witness to the success of the station. I need to pay a visit in the right weather to get some pictures as an illustration.

I’m leaving Preston now after a productive if frustrating time. There’s a lot of STP (Special Train Plan) times set up in the railway timetable system for the new Northern and TPE trains out on teat, but not all of them are used and it’s all a bit hit and miss. Quite a few are meant to reverse in the goods loops but it’s clear they’re normally sent into platforms instead to allow staff off and on if needed. 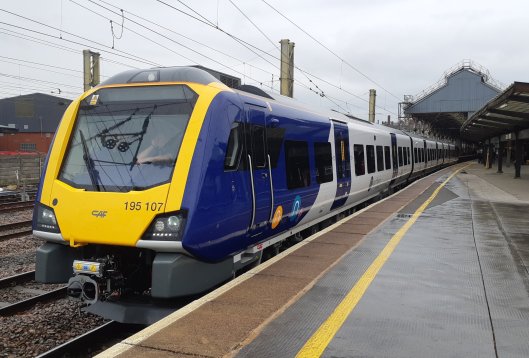 Still, it provides plenty of exercise running up and down stairs and platforms as you try and get a decent shot! I found three different Notrthern units on test today. Two 3-cars and a 2-car. Sadly, none of the TPE sets were out and about. Now I’m sending my way back on an older ‘new’ Northern train, at least as far as Wigan anyway… 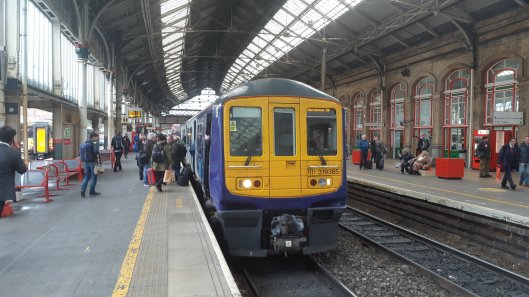 True to my word, I changed trains at Wigan. I got a telling off last time I blogged about the town as I was less than complimentary!

Here’s today’s experiences. Wandering between the two stations (it doesn’t take long) I noticed the old ‘Swan and Railway’ pub immediately opposite North Western station had closed down and was being turned into I know not what. 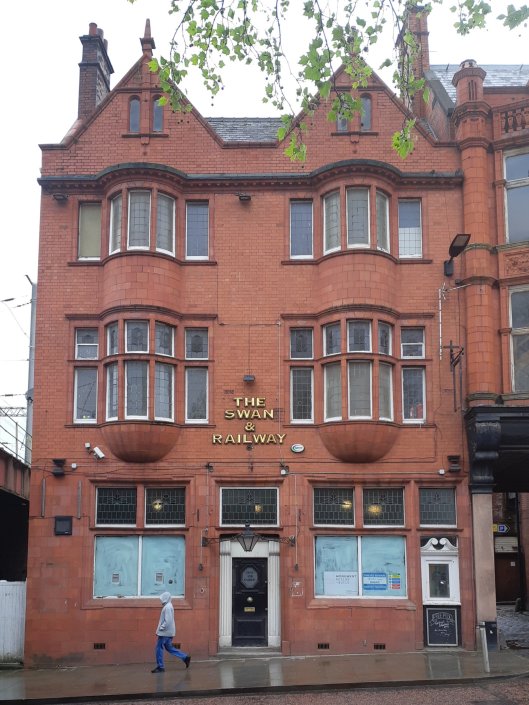 To say the pub had a certain reputation as a place where you wiped your feet on the way out will be endorsed by a few old railway enthusiast friends. The tragic thing is that the pub and the adjoining facade are really attractive. In another town they’d probably be prized because of their location.

Meanwhile, the pub next door to Wallgate station has also closed down. The building’s been reopened as a supermarket.

That said, it’s not all negative. Wallgate station’s been restored and the local station friends group (the Wigan Wallflowers) have done a fantastic job creating a garden and lovely plant display on the station. Here’s their new train. 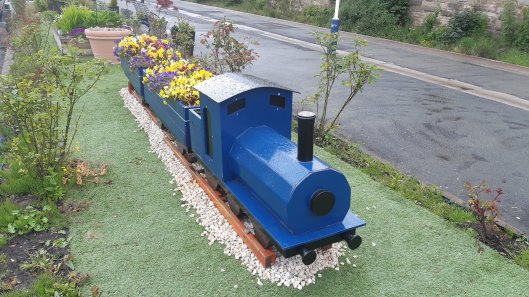 I’m currently on the train home to Sowerby Bridge from Wigan, travelling along a railway line I’ve been familiar with since the very early 1970s.

Sadly, (although I travelled on it as a young kid in the 1960s) I only ever remember the years of BR rationalisation and the 1980s industrial decline. This used to be a four-track Lancashire & Yorkshire railway main line that avoided Bolton so cut journey times from Manchester to Liverpool and Southport. In the late BR years it was a pale shadow of its former self.

Now, as I traverse it, I can see a huge amount of vegetation clearance and work being done to improve station amenities. Years of decline are being arrested. The ‘glory’ days will never be restored as the coal and steel industries will never come back, but even so…

I can see I need to have a day out here just to document the changes.

The train’s now back in West Yorkshire as we’ve just exited the Summit tunnel. Whilst there’s so much I could blog about I’m going to bring this one to an end. Dawn’s meeting me at the station so that we can pick up some supplies in Sowerby Bridge, but it’s going to be an early night for me as I’m on an 06:00 train from Halifax in the morning as I have an assignment in London.

Tomorrow, RAIL magazine and I will be visiting the HS2 construction work at Euston so watch out for another tolling blog. .