Today’s not been a vintage one – unless you count scanning lots of old pictures from the 1990s..

This morning Dawn and I attended the funeral of a lovely chap we knew both as a neighbour and as a regular in our local pub. Sadly, a few weeks ago, he suffered a massive heart attack whilst playing tennis and passed away at the age of 66. To say that Gary was popular and respected was evidenced by the number of folk who turned out to his cremation which was standing room only. I’ve no doubt that his family will be comforted by the send-off he received and the magnitude of people from all walks of life who turned up to pay their last respects.

These events are often unsettling for a number of reasons, not least because those attending are forced to face their own mortality and remember past times. Here’s some of my past in the form of photos I took long ago in 1995. I was never one for organised rail tours, but back in the mid 1990s, as the railways were changing due to privatisation, I did a few. Here’s a couple of shots of Hertfordshire Rail tours ‘Honey Monster’ which ran from London Paddington to the MOD storage facility at Long Marston in Oxfordshire. The site was packed with stored rail vehicles of all sorts and ages. 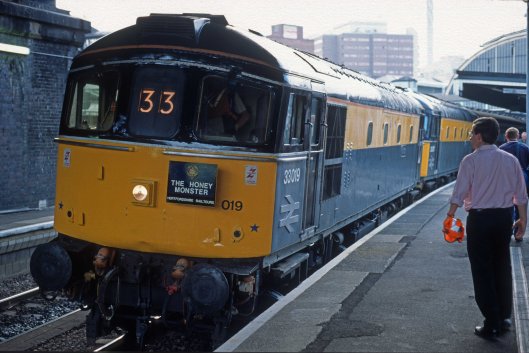 The weather at Long Marston was excellent. Here’s some of the stock that was stored, which included brand-new (well, a year old) Class 92 electric locos. 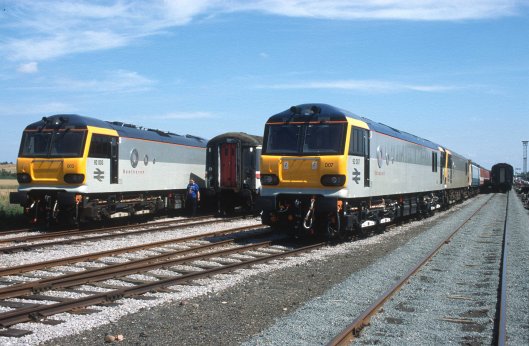 As Joni Mitchell sang in ‘Big Yellow Taxi’, “you don’t know what you’ve got ’till it’s gone”…

If you want to have a look at more of today’s scanned pictures, you can find which galleries they’ve been added to on my Zenfolio website by following this link.

2 thoughts on “Better late than never.”