The other week I blogged about the latest doomed attempt to start an anti Hs2 petition on the Government website dedicated to providing them. At the time the petition was being ignored/slipped in under the radar of sole surviving official group, aka Stophs2. It had taken several months to get a measly 1154 signatures, then a couple of regular stophs2 tweeters spotted and pushed it, so finally, on March 14th Stophs2 jumped on the bandwagon and publicised it too.

Bad move! Now they’ve officially endorsed it I feel I can give it some more attention. 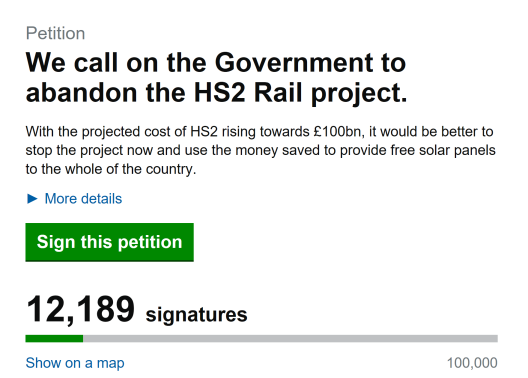 Wow! Two thousand signatures in 4 days eh? There’s only one slight problem. It needed more than that every single day! Here’s some number crunching. Including today, the petition has 38 days left to run. That means that (from tomorrow) it needs 2,373 every single day to have a hope in hell of hitting the 100,000 target. That’s a figure it’s never, ever hit. If you look through the most popular petitions you see that they get more in a couple of hours than what this needs in a day, which rather exposes the lie that so many people are upset about Hs2! 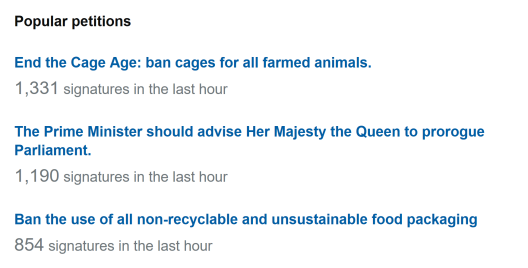 It gets worse for Hs2 antis, because these petitions come with a handy little map which shows which constituencies signatures come from. Now, Hs2 antis swear blind that StopHs2 is a truly national campaign and that they’re not ‘really’ Nimbys, oh no! The map blows that claim out of the water. See if you can guess by looking at the concentration of signatures where Hs2 just might run? 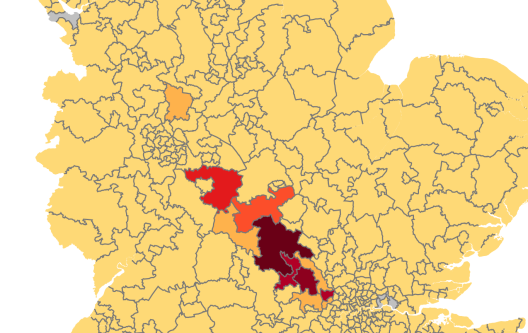 The biggest number of signatures comes from Buckinghamshire with 1,165. (or 1.15% of all constituents). So, not Nimbys at all! 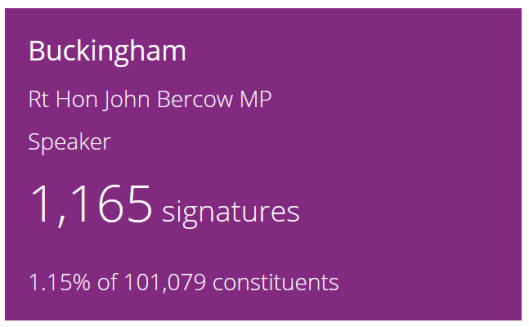 Why Hs2 antis still continue with these crazy petitions is a mystery as all they do is cause them harm, but hey ho! Let’s see what the final shambolic total is next month as last time they didn’t even make the 30k mark.