Well, out of MY office! I’m currently at ACoRP Towers in Huddersfield as I have a meeting about judging this years ACoRP awards and changes to the ‘It’s Your Station’ category. We’re getting more and more entries each year and the judging criteria needs to be refined to cope with this.

It’s been a productive meeting and the IYS category been refined to reflects the growth in stations being entered. I’m looking forward to spending some summer days touring the country to visit more excellent examples of the work community rail volunteers and rail staff get up to. I wonder where I’ll get to this time?

Whilst I was in the meeting news broke that one more Labour MP and three Tory MPs have joined the breakaway Independent Group. There’s a clear feeling that the old parties are too in thrall to their extremist wings to put the needs of the country first. Good luck to the splitters!

Now I’m back on the rails for a while…

I’ve popped over to York, where new trains are very much in evidence. 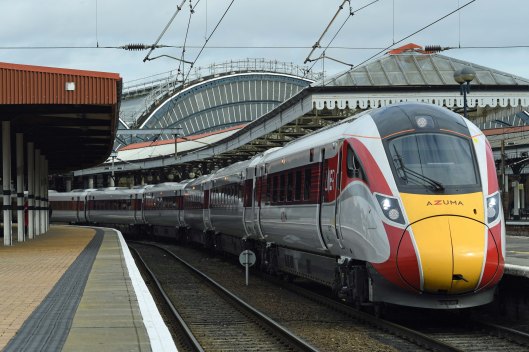 Meanwhile, over on platform 2 under the magnificent curved roof…

Both these trains will enter passenger service later in the year, working from London to Scotland and also on Trans-Pennine services. When I see sights like this I have to laugh at the likes of Liam Halligan and Hs2 antis who insist money should be diverted from the project to invest in the North! Another thing they completely miss is that York gains fivefold. Not only does it benefit from new and longer Trans-Pennine trains it also benefits from the modernisation, electrification and enhanced capacity of the Trans-Pennine route. Meanwhile, the intercity fleet operated by LNER is replaced by brand-new Azumas. York will also receive Hs2 services running to Newcastle via the dedicated high-speed line that’ll be built as far North as Church Fenton. Finally, the old Pacers operating Northern services via the Harrogate loop or to Hull will be replaced by more modern trains. So much for Hs2 ‘starving’ the North of investment – Hs2 is part of the investment!

The weather’s deteriorated and I’ve a few chores to do back in Halifax, so I’m en-route via a rather damp Bradford. The Calder Valley line I’m travelling on now is another sign of investment in the North a £100m renewal & resignalling scheme was commissioned last October. I’ve just passed a new station (Low Moor) which even boasts of daily direct trains to London! Meanwhile, Transport for the North have even more ambitious plans for the line. Funny how none of this got mentioned by Halligan in his Dispatches hatchet job…

After a spot of shopping in Halifax town centre I’ve retired for a swift half in one of the town’s excellent micro-pubs, the Pump Room.

These have opened up in the past few years, bringing new life to a town centre that’s seeing an increasing number of shops close. Another place worth visiting is the Victorian covered market. 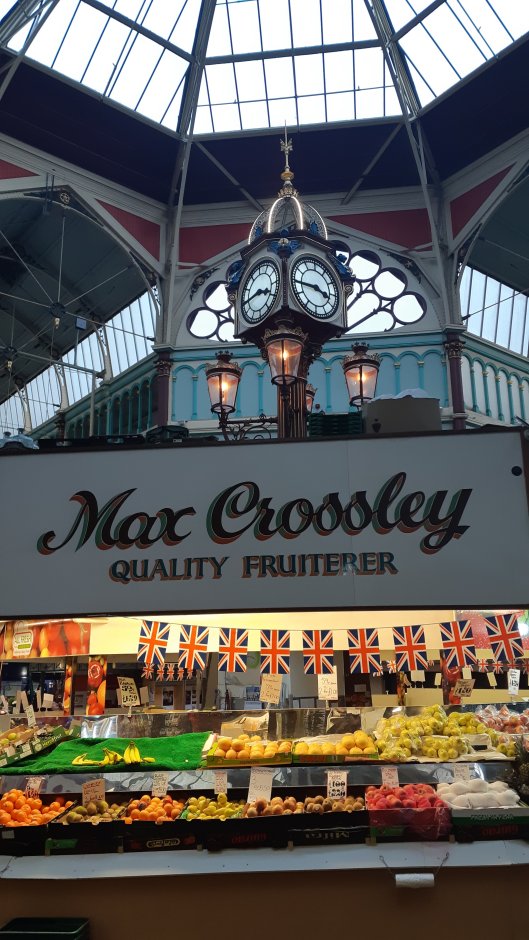 The day’s ending at home, where I’ve been spending time editing the pictures I’ve taken today and uploading them to my Zenfolio website. Follow this link to see which galleries they’ve been added to. Whilst it’s been a steady day workwise it’s been another extraordinary day politically. Some of this stuff you just couldn’t make up! The Labour party continues to descend into an unpleasant farce with the latest instalment being that Derek Hatton, who was only allowed back in the party 48 hours ago, has already been suspended! Apparently, some dodgy tweets he sent a few years ago have come to light! I can’t imagine that it’ll be long before there are more desertions from Labour as the party seems to be descending into a vicious internal war. Mind you, the Tories don’t seem to be in any better state. It’s like a fight’s broken out on the bridge of the Titanic just as the iceberg’s been sighted. God help us all…

1 thought on “Rolling blog: out of office…”