I’m preparing to head to London for an Christmas lunch with old friends and colleagues today. It’ll be a very convivial afternoon, as will this evening, as I’ve got to head back to West Yorkshire as Dawn and I are out for a Thai meal with a couple of friends – such is the fun of packed social diaries in the run-up to Christmas.

For once, the Yorkshire weather defeated me. Persistent drizzle (the sort of stuff that manages to defeat umbrellas or waterproofs) meant I abandoned attempts to walk to the station and cadged a lift off Dawn – which got me there considerably quicker and a lot drier! I’m now watching the rain from the comfort of my mobile office, otherwise known as Grand Central’s 08:10 from Halifax to London Kings Cross. Here it is pulling in to Halifax, past the old signalbox which was made redundant in October.

For once, my train’s not too busy, that’s possibly because it’s so close to Christmas, but also the fact the first service of the day (the 07:07) tends to attract most business people as it arrives in London at 10:10 whereas this one doesn’t arrive until 11:14. As I don’t need to be there so early I’m enjoying the space and relaxing atmosphere, although I’m still catching up on some work.

The path for this train is characterised by generous timings on the way to Doncaster. We’ve swung between being 1 minute late and 4 early. Having waited for a platform at Wakefield Kirkgate we’d been running early until we reached Marshgate Jn just outside Doncaster where we were held waiting time and for a platform to be free. Platform space has been at a premium here for years, which makes timekeeping difficult. We’re booked a generous 6 minutes to clog one of them up, which has meant our slightly late arrival has turned into a right – time departure. Next stop – London Kings Cross…

We’ve just passed through gloomy Grantham where the low cloud that’s dogged us all the way from Yorkshire still persists. Despite the fact these Grand Central Class 180s are capable of 125mph I doubt we’ve touched that today until now. We’ve dropped a couple of mins behind time but we’ve obviously got a clear road as the driver’s opened her up for a bit. The speed app on my phone tells me we hit 124 after Stoke Jn at the same time a rainstorm on the edge of the weather front hit us! We weathered that (literally) and now the sun’s managing to break through the momentarily fragmented clouds.

The burst of speed didn’t help us as we crawled from Werrington Jn (where Network Rail are preparing to build a new ‘dive-under’) through an empty Peterborough station and on to Holme Jn, which we passed 7 mins late. Sun and speed have both deserted us. This section of line’s very busy, with Thameslink stoppers added into the mix as Great Northern locals, so could well lose more time.

I take back my last comment, we did make up 5 mins!

I’m Northbound again after an excellent lunch (if you ignore the eye-watering bill) that included one of my favourites: seared scallops.

Chatham House rules prevent me talking about the event, but there you go.

Right now I’m doing a Jeremy Corbyn – sitting on the vestibule floor of LNER’s 17:03 to Leeds. Any resemblance to ‘Magic Grandad’ is purely coincidental. 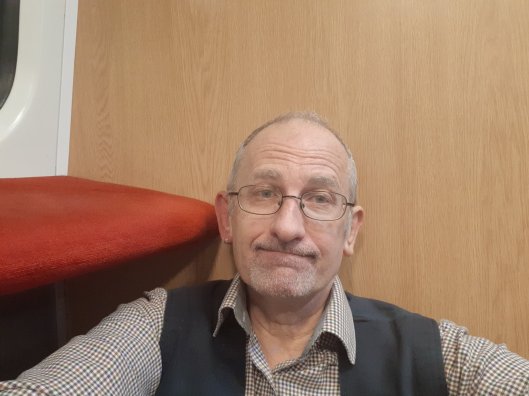 We’ve just left Peterborough so I’ve graduated from a vestibule floor to a seat.

Ho hum. Everything went well until I got to Leeds, when I found my connection (the 19:36) was cancelled. This meant I’d be 15 minutes late as my next train wasn’t until 19:51. I’ve now swapped this..

For something a little less speedy and spacious!

What a fun day! Lunch in London and Thai tapas in West Yorkshire has led to a slightly slower than usual start to the day (I blame the Tequila shots that Froso insisted we buy). Both meals were delicious but I think it’s time to give my stomach a rest today!  If you’re in the area I can recommend Café Thai in West Vale. We’ve eaten here several times and never been disappointed. They have a traditional Thai restaurant on the ground floor whilst upstairs they serve a tapas style menu. Here’s one of last nights dishes.

A good time was had by all… 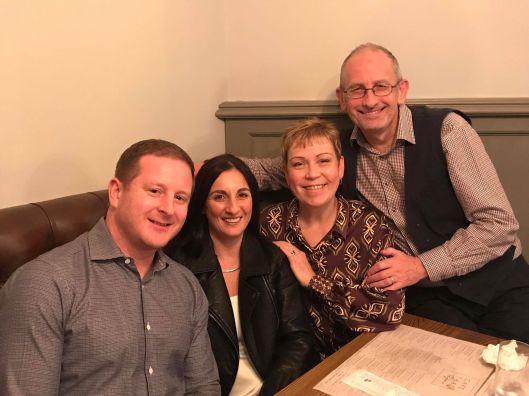