It’s bank holiday Monday and the weather’s absolutely stonking! After spending a morning pottering around at home, picture-editing and sorting out some chores Dawn and I are preparing to walk through the Calder Valley to a favourite old haunt, the Robin Hood pub in Cragg Vale, which is a great place for a spot of lunch after a few hours walking. No doubt we’ll have time to post a few pictures and comments later, so watch this space.

We’ve stopped for a break at the Shoulder of Mutton in Mytholmroyd after walking down the hill to Sowerby Bridge, crossed the Calder, then slogged uphill to Sowerby on a road I call ‘Lost dreams Rd’ because it’s always littered with failed lottery scratch cards! In the distance you can see our starting point under the Wainhouse Tower. 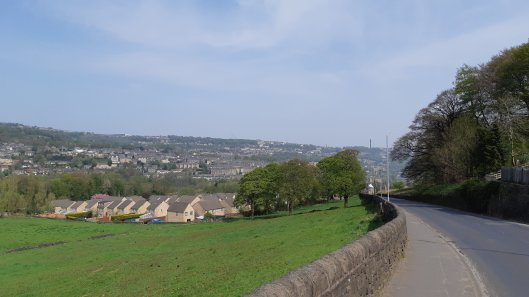 The view the other way (looking along the valley towards Mytholmroyd) isn’t bad either! 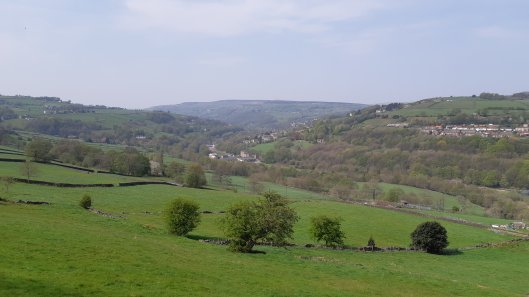 It’s the end of the day and it’s been a very active one. We made it to the Robin Hood for an excellent Sunday lunch (OK, it’s bank holiday Monday, but never mind) of succulent lamb and Yorkshire puddings, accompanied by a huge amount of vegetables (not in the picture). 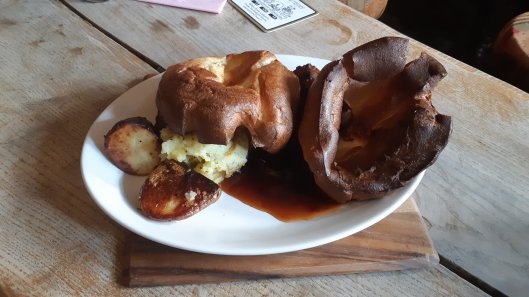 For £10, it can’t be beaten. Whilst we were eating a drama was unfolding which made it feel like we were actually in an episode of ‘Emmerdale Farm’, only this wasn’t fiction. Poor Roger (the landlord) and his wife had suffered a serious arson attack and trashing of vehicles on his farm, apparently carried out by some young teenage scrotes who’re causing trouble in the area. The police had arrived to gather information whilst a number of concerned locals were popping in to see if they were alright or offer help. Meanwhile, in the bar, other locals were complaining about the outrageous prices in a nearby pub (which shall remain nameless) and a less than placid relationship between a local couple (who will also remain nameless).

We ended up having a couple of drinks in a very quiet Sowerby Bridge after walking back along the Rochdale canal. I got the impression the good weather had meant that many people had stayed at home with a barbecue and a few beers. Still, we’d had a good days exercise, as the screen for my Fitbit shows.