Apologies. I’ve had a few days off from blogging for various reasons that include our cat being ill, my wife’s birthday an this absolute shambles we have masquerading as a Government. I’m going to try and pick up now from where I left off and catch up over the next few days.

First, the good news. By Sunday our moggie was settled back at home and on the mend. He’s still not entirely ‘with it’ due to the pain killers, but he’s making a pretty good recovery and recovered his appitite now that his teeth aren’t troubling him anymore.

Right, that’s the end of the good news! Sadly, the weather had begun to reflect the mood of the country and turned moody and taciturn with the sun spending most of its time hiding its face behind varying layers of could. It wasn’t particularly cold, but not exactly a day for lathering oneself in suntan lotion, so the two of us kept busy indoors. Dee took over the kitchen for a baking session that resulted in two stunning cakes – both Gluten free. One was a Lemon Drizzle cake, the other was a Bakewell Tart made with cherry jam rather than the usual – and it was amazing as the flavor of the cherries complemented the other ingredients perfectly. Here are the results. 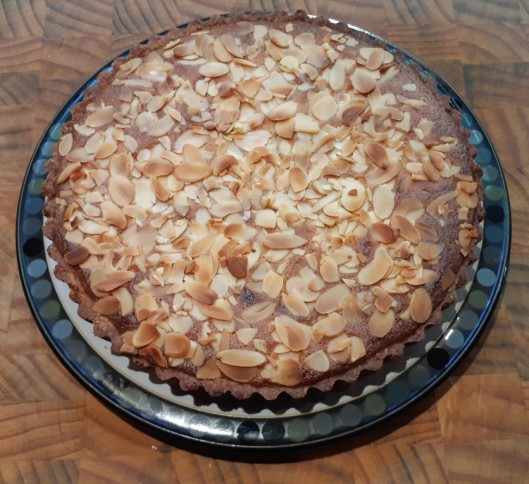 Whilst Dawn was busy downstairs I spent time in the office manfully scanning more old slides in a last push to get the batch from 1993 finished and another empty album set consigned to the loft until I can pass them on to my local station friends group.

Whilst we were living a lockeddown life of domestic bliss things were kicking off big-style on the political front as the row of Johnson’s Special Advisor, Dominic Cummings had exploded all over the papers and social media. It had go so bad that Johnson, a man who’s always had a reputaion for laziness was actually forced into breaking the habit of a lifetime and working on a Sunday. He gave an address (well, more of a blustering ramble really) in which he defended Cummings and gave him his full backing. To say that it went down like a bucket of cold sick would be somewhat of an understatement. Johnson threw everything away to defend his Spad, leaving many people incredulous – including Tory voters who’ve followed his Governments advice and now feel betrayed and angry.

I’ll be honest. I’ve never understood what some people see in the clown. I’ve met him and photographed him in the past when he was Mayor of London. To me he’s always come across as someone who only has one interest in life, himself and his own ambitions. There’s not one iota of interest in public service in him. Now, it finally seems that people are starting to see him for what he really is – too late…

What this shambles will lead us to now is a good question. How many people will now turn round and say “bollocks to staying at home, why should the rules only apply to me and not to the likes of Cummings”? Bank Holiday Monday could be ‘interesting’, to say the least.

To end, here’s a look back to 1993, which seems such a very different age now.

This is a Royal Mail postal electric train that was converted from an old Class 302 passenger unit by stripping out all the seats, re-inforcing the floors and adding roller doors. At the time half a dozen of these sets trundled up and down the old Great Eastern main line out of London Liverpool St to postal depots at places like Chelmsford and Norwich. This one’s seen at Colchester on the 20th August 1993. You can find the rest of the newly scanned images by following this link.

I’ve a favour to ask…
If you enjoy reading this blog, please click on an advert or two. You don’t have to buy anything you don’t want to of course (although if you did find something that tickled your fancy would be fab!), but the revenue from them helps to cover some of the cost of maintaining this site – and right now (because of Covid), us locked-down freelances need all the help that we can get…
Thank you!