Despite the routine of life at the moment, it still manages to throw you enough curved balls and surprises to make it interesting…

This morning Dawn was first out of bed as I’d had a less than perfect night’s sleep due to our moggie (Jet) deciding that what’s ours is his. He waits until you’re almost asleep then jumps on the bed to wedge himself between us. He’s such an old boy now (eighteen and a half) that most of the time we don’t have the heart to kick him off – but he doesn’t half take up a lot of room. So, despite the fact I’d had a relatively early night I hadn’t had a good one. Dawn bounded out of bed to do her exercise regime in the living room but the most active I got was to make coffee and retreat back to bed with the laptop and catch up with world events before a shower and my ‘commute’ to the office. It was a crying shame to be stuck indoors as the weather was stunning. There may have been a morning chill in the air first thing but that was because there wasn’t a cloud in the sky! Here’s the view from the road above our house (looking across Sowerby Bridge and the Calder Valley) as I walked up the hill to combine getting some of the food shopping for Dawn’s parents and daily exercise.

I’d have loved to have enjoyed a day outdoors, soaking up the sun on such a fabulous day but I had too much to do. I’ve not had chance to edit them and put the results on my website yet but I’ve scanned another forty old slides which include November 1992 to January 1993. It was a period when my life changed completely, so it’s quite strange looking back at them now and remembering.

Part of the reason I’ve not got them edited today was that other things kept side-tracking me – but in a positive way. A picture request from a magazine saw me scurrying through the archives to dig out what they wanted, then I had a Zoom conference call scheduled to talk about the Community Rail Network awards. Oh, the joys of online meetings! Yes, they’re ideal for when needs must but the idea that these will render travel redundant in future is fanciful to say the least. There’s too many distractions or glitches and body language is next to impossible to read. I lost the call for a few minutes as we suffered a power cut – the second time that’s happened in a week. It was back in an instant but it took several for the internet to reboot.

Finally, I got chance to break away from staring at a screen and retreated into the garden with a good old paper copy of RAIL magazine to catch up on the latest industry news in the sun! The ‘dead tree’ media still has some advantages. You need no batteries or sockets, you don’t need to worry about flare on a screen and you don’t have to fret about a wifi connection. Oh, and you can also use the mag as a sunshade!

The clear skies and sunshine lasted right through to the bitter end when they were overtaken by planet’s rotation and replaced by a glorious dark night and a full moon. If I hadn’t so many things to do I’d have been tempted to set up my camera on a tripod up on the promenade and try some long-exposure shots. Sadly, with the length of exposure that I’d need for what I have in mind the local constabulary may be less than sympathetic in these coronavirus times.

Instead of star-gazing, here’s a look back at the past and the archive pictures I’ve been scanning today. This is Tilbury Riverside station in Essex, just a few days before it closed on the 30th November 1992. Oddly, despite the fact I’d lived in London since 1986, this was the only time I ever visited. I don’t know why, other than it obviously wasn’t a priority at the time, despite the fact I lived just a stones throw from the London, Tilbury & Southend railway in East London. Now, how I wish I had as Tilbury Riverside would have made a fascinating picture study. 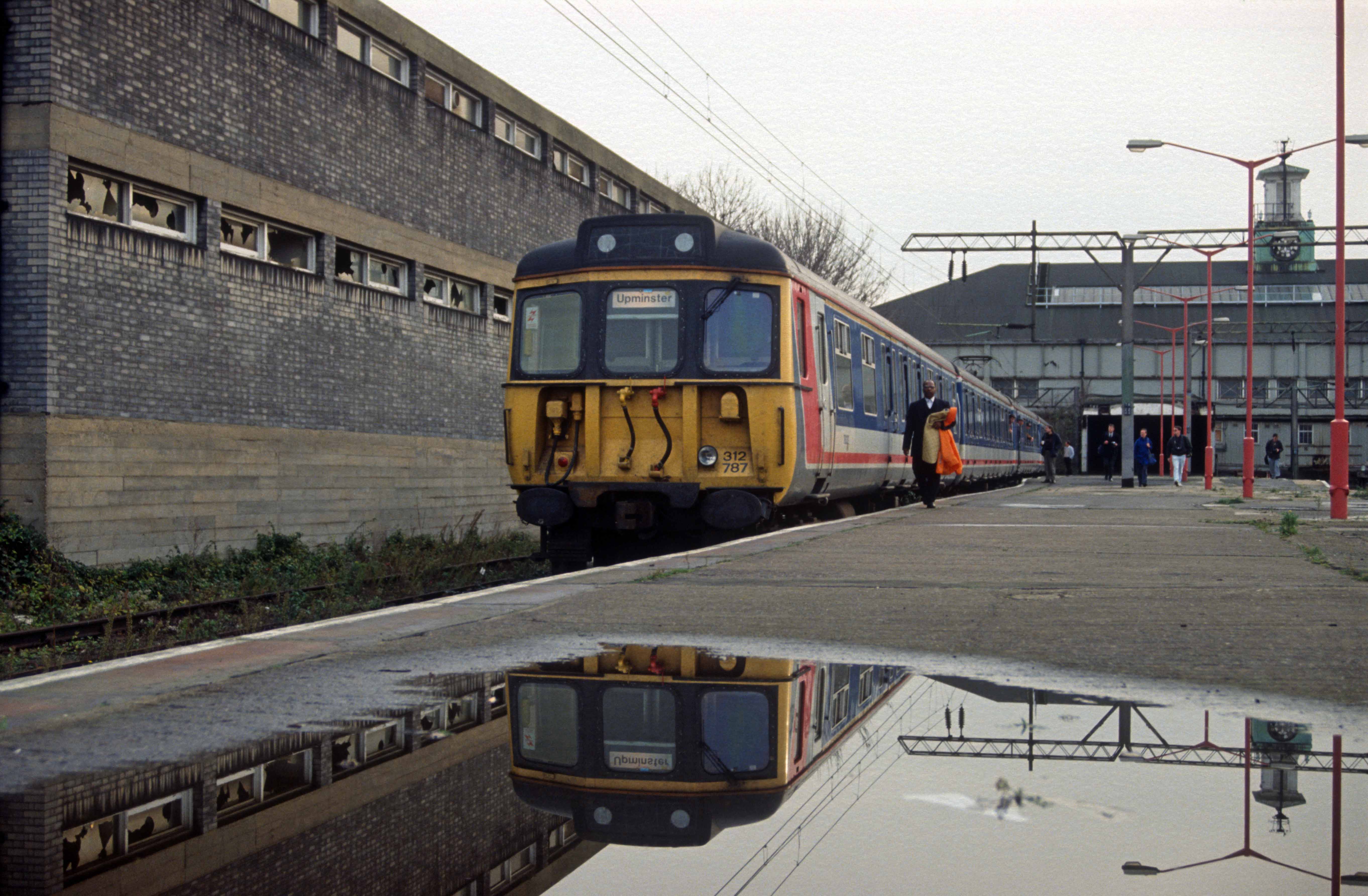 This is how I remember much of the railways from my youth. Decrepit and decaying. Forget the rose-tinted spectacles, the one thing money wasn’t spent on was stations. How many were stripped back to bare platforms and had decent facilities demolished and replaced by bus shelters to save a few quid on maintenance and wages?

Tilbury Riverside is no more but the site is still rail connected as it’s now used by freight trains from the docks. When I’ve had chance to edit the other pictures I’ll add a couple more. Right now it’s time for bed as we’ve a busy shopping day ahead of us…