It’s been a quiet Sunday for the pair of us, although we did pop out for lunch with Dawn’s parents and Jo Cullinane, the mother of Dawn’s late sister-in-law, Joanne. We ate at 315 restaurant, just outside Huddersfield where we had an enjoyable Sunday lunch and a catch-up as we hadn’t seen Jo since the wedding. 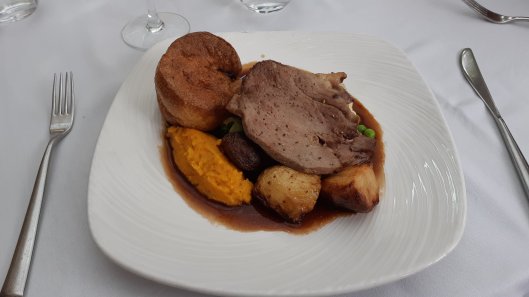 I even indulged in something I only eat once in a blue moon, Cheese! I don’t have it at home as Dawn’s allergic to it. 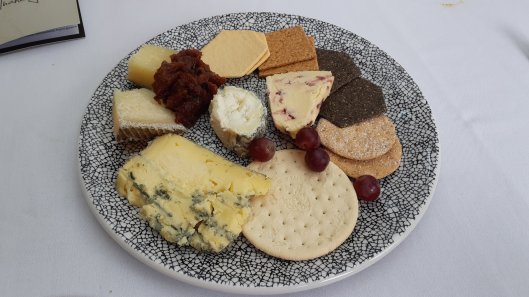 In contrast, this evening’s been spent pottering around at home, whilst I’ve been pondering the coming political storm that will break next week.

Barring a miracle, it looks like serial liar Boris Johnson will be anointed the next Tory leader and Prime Minister. Before he takes office on Thursday there will be a series of Ministerial resignations, including the Chancellor, Philip Hammond. How many others is open to question. There’ll also be a series of high profile members announcing that they’re leaving the Tory Party.

Expect the pound to take a beating on the currency markets and don’t be in the least surprised if the stock market takes a hit too. This is just the start of a long decline in the country’s future, as well as the Tory party. Of course, some Brexiters will be cock-a-hoop at the idea one of theirs is now Prime Minister. But that’s where their problems start. Brexiters have long used the excuse that Brexit has never happened because there’s been a Remainer in charge. It was always a feeble excuse as May appointed Arch Brexiters David Davis and Liam Fox to her Cabinet – as well as Boris Johnson (amongst others). But with May replaced by Johnson, their excuse will have evaporated. So who are they going to blame now? Because it doesn’t matter who’s PM, they can’t make Unicorns real. The lies will remain lies. There is no Brexit alchemist who can turn lies into truth, especially that blond buffoon Johnson, who’s about to discover that you might be able to bullshit and bluster as a part-time Mayor of London but this is the big time now. To my mind, the only question is how long he can hang on to office before even the most die-hard Brexiter realises it’s not going to the (non-existent) plan, everything turns to ratshit and we end up with a general election.

Sadly for the country, there’s no dynamic Labour party waiting in the wings to stride in and right the mess the Tories are about to inflict on us as their civil war is re-ignited and taken to new levels. ‘Magic Grandad’ Jeremy Corbyn is too weak, too embroiled in anti-Semitism and too tied up in his own dogmatic refusal to oppose Brexit. We’re about to enter a shit-storm of potentially epic proportions. The journalist Jonathan Lis has summed up the situation in this excellent article.

The country is being failed by its two main political parties, neither of whom is fit to govern. meanwhile, the fascists are on the rise with their simplistic populism and list people to blame for the mess were in. Not on that list are the real culprits, themselves and the billionaires, media moguls and spivs who fund and back them. We are living in very dangerous times and next week will start to show just how dangerous it could get. meanwhile, the rest of us will suffer the consequences of a country whose economy is being ruined by dogma and whose friends abroad are looking on with growing incredulity, incomprehension and concern.

I’m afraid the old Chinese curse ‘may you live in interesting times’ has been invoked.