After yesterdays wine tasting we’ve had an easy day exploring the sights of Blenheim after a lazy start due to the indifferent weather. For once, instead of the scorching sun, the day started under heavy cloud and low temperatures which was a great excuse to catch up on social media and events elsewhere in the world whilst drinking lots of coffee. When we did venture forth we headed over to the Marlborough museum which deserves more visitors than it gets, but then the name doesn’t really do it justice. They have some very interesting information on the origins of the wine industry as well as local Maori history and memorabilia on the Victorian settlers – not to mention a fascinating display on some feisty women who were part of the New Zealand suffrage movement.

The museum site’s home to one of the terminal stations on the 2ft gauge Blenheim Riverside railway which runs 5.2km along a river valley to terminate under a viaduct carrying the main line from Picton to Christchurch in the centre of Blenheim. Here’s a few shots of the line. 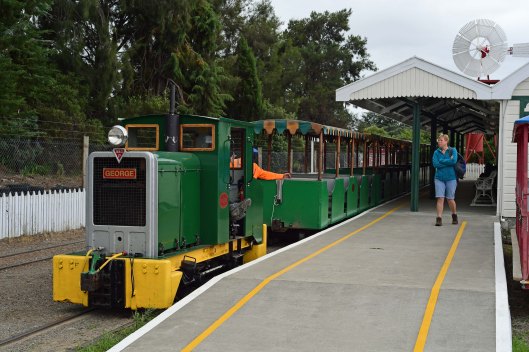 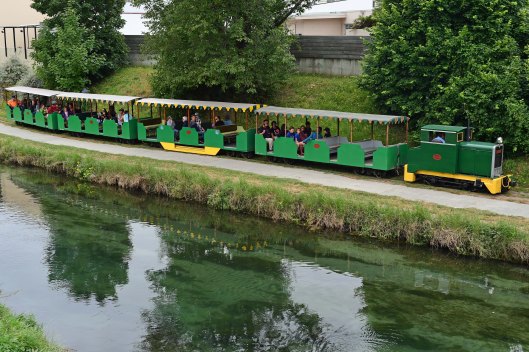 The railway passes through Riverside park in Blenheim. 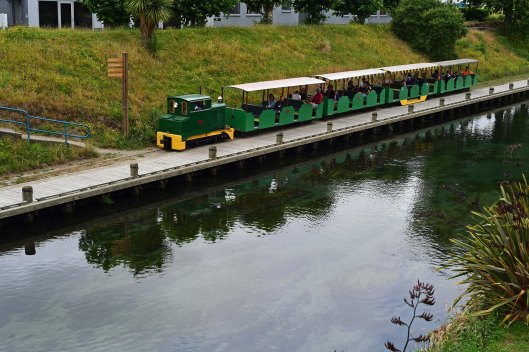 After our railway fix we headed out to amble along the Wairau Lagoons Walkway, a 3 hour round trip that takes you out through the wetlands of the Wairau estuary to the wreck of the ‘TSS Waverley’. 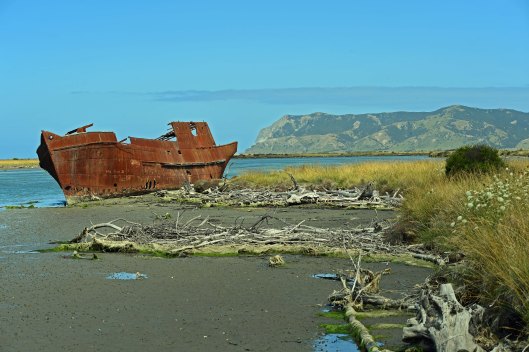 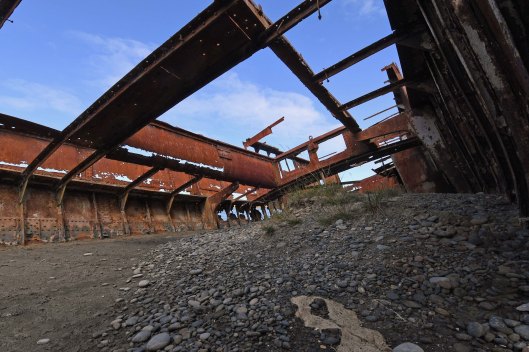 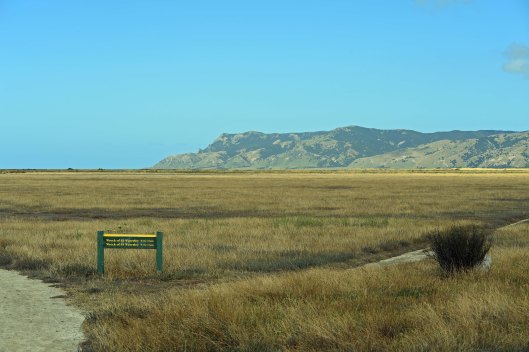 Choices. Turn left and you can get to the wreck in 1hr15. Turn right and it takes you 1hr45. Guess which way we went?

Tomorrow we move on from Blenheim and head down the road to Kaikoura, where we’ve booked to go swimming with dolphins…