I’m just about to fly back from Dusseldorf after a whirlwind visit to examine the new Siemens built Class 717 trains for GTR which will operate on the routes out of London’s Moorgate station.

I’ll be blogging about the trip at length, but here’s a taster, this is the set I drove earlier today on the Wildenrath test track. 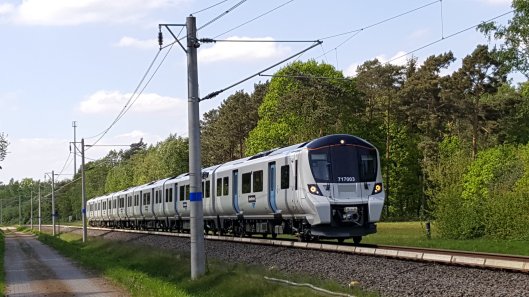 By fluke, I was sitting on the side of the plane that allowed to notice we flew past the test track on the way home. Here’s what it looks like from the air. The circular tracks really stand out. 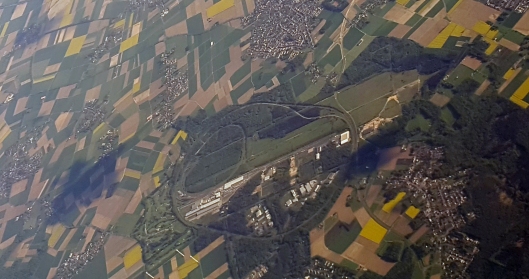 Here’s another selection of pictures from the plane, starting off with crossing the UK coast at Sherness, on the Isle of Sheppey.

From here, our plane headed over to the Thames before flying along the North bank of the river. Here’s a series of shots of Tilbury docks and the Queen Elizabeth 2 bridge on the M25. In this shot you can see the patchwork of fields giving way to urbanisation and industrialisation. 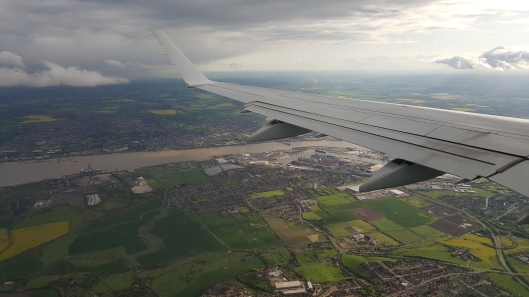 Here’s a closer look at the port of Tilbury.

Looking back at the Queen Elizabeth Bridge