I’m enjoying a weekend at home for a change. Yesterday Dawn and I made the most of the good weather for a stroll along the local canal and up the Moorcock In at Norland Moor. To be honest, it felt more like a spring day rather than mid-February. At this rate the central heating’s going to get mothballed rather early this year! 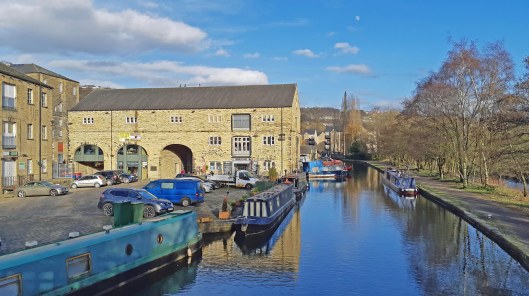 The canal basin at Sowerby Bridge is a popular place to eat, drink and watch the world go by… 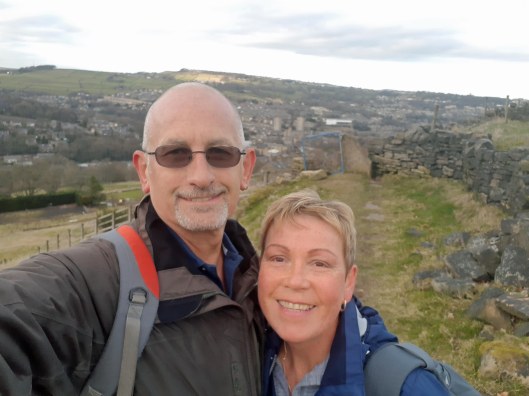 After a stroll along the canal we headed up the steep sides of the Calder Valley to Norland Moor on one of our well trodden paths up to the Moorcock Inn at Norland Moor.

After a convivial time up at the Moorcock we walked back down into Sowerby Bridge for a last drink before heading home and a quiet night in in front of Netflix and the opportunity to watch the end of a series we’ve particularly enjoyed over the past few nights ‘Pine Gap’. To be honest, neither of us watch much terrestrial TV nowadays. Services like Netflix, which has some excellent original programmes has taken its place. Now I’m cancelling my package of (expensive) Virgin media channels that I never watch as many of them are utter rubbish anyway.

Today’s been more home based as we’ve been busy with chores – including necessary but unexciting food shopping. Well, that’s not *entirely* true as I always love mooching around our local Asian supermarkets, checking out the exotic spices and other ingredients. Like many people we’ve been doing our pre-brexitshambles shopping and stocking up on various imported foods that are both staples and also likely to increase in price due to the debacle heading our way. Are we scaremongering? Hardly, when you look at the utter shit-shower going on in Parliament! Besides, there’s nothing we’ve bought that we don’t use, so in the event of a miracle and common-sense prevails – what have we lost?

This evening we’re having another quiet but industrious night at home. I’m catching up on photo-editing whilst Dawn’s being a domestic goddess in the kitchen and cooking up a storm of curries for consumption later this week. Here’s one, lentils seasoned with garlic-infused oil. And there’s much more to come as a lamb curry is in the slow cooker…

Whilst Dawn’s been busy in the kitchen and me on washing up duty, I’ve been occupied with editing pictures. Here’s a couple from earlier in the week when I visited Holbeck rail depot in Leeds.

British Railways built DMU 150126 being repainted by RTS at Holbeck, Leeds. Like many of its class, this one’s moved around a bit. Since privatisation its worked for Central Trains around Birmingham before being transferred to First Great Western where it worked in Bristol and the South-West. Now its being repainted for its new role with Northern Rail as one of the trains cascaded to help replace the ‘Pacer’ units. 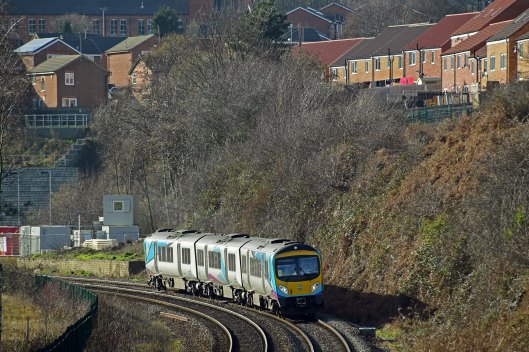 A Trans-Pennine Express train bound for Leeds rounds the reverse curves outside Morley station which is just out of the picture. The buildings you can see behind the train are part of the compound for the companies extending the stations platforms, ready for the new trains Northern Rail have on order.

Holbeck depot’s a fascinating place. It’s dropped off the radar for the past few years but If you want to know what’s happening there nowadays (which is a lot), you’ll be able to read about it in an article I’m writing for a forthcoming edition of RAIL magazine.