Jacques Cousteau would be proud of this weeks anti Hs2 mob winner. Like him, they’re not afraid to plumb new depths. This week the award goes to one John Mitchell of Culcheth who hides behind the wonderfully ironic Twitter name of “John Sensible”, for it is he who has come up with the ludicrous claim that it’s “unchristian” to want to build Hs2 – and I kid you not. Here’s some of his ludicrous tweets on the matter; 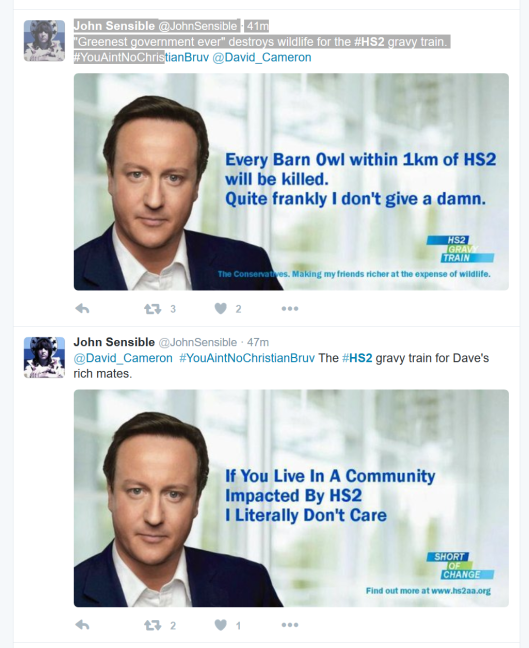 Such distasteful claims only go to show how desperate & divorced from reality the anti hs2 mob are as it becomes clear their campaign’s failed. But it also shows many of them have become indivisible from UKIP – who jumped on the anti Hs2 bandwagon after the 2010 election in the hope there’d be votes in it. Anti Hs2 campaigners have never been afraid to use homophobia, racism, threats or intimidation. Now they show they’re not afraid to play the religious card either.

Here’s another of today’s examples, from UKIP fan Trevor Forrester which also manages to combine religion and racism. 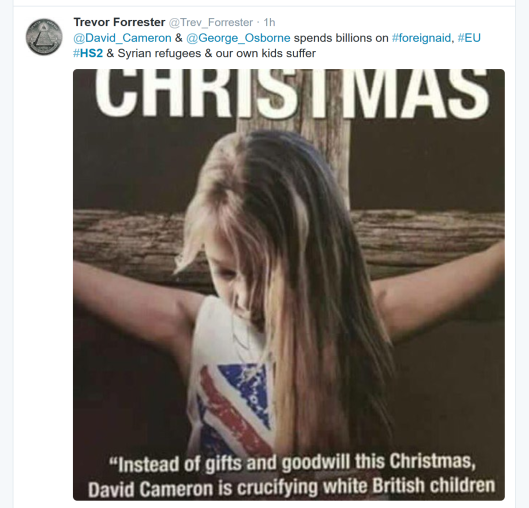 The sooner their whole distasteful campaign is put out of its misery the better. The good news is that – at the rate decent folks are turning their backs on it – that won’t be long…